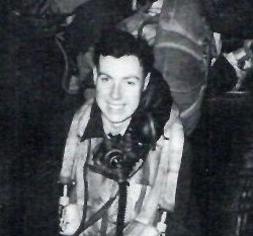 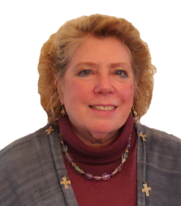 "The intriguing dialogue, the settings, the clear descriptions of such harsh situations – this author has hit on all cylinders once again, and even provides the most exhilarating history lesson I, personally, have ever had the pleasure of reading. “5-Stars!”

Quill says: Helena Schrader’s in-depth stories, fantastic characters, and ability to write an unforgettable tale makes her one of the best authors out there!"  Feathered Quill (Read full review here.)

"Helena P. Schrader's choice of title is as perfect a choice as one could hope for a historical novel; a title which weaves the thread of the theme through the entire lives of the characters involved... The author's ability to draw in a reader is evident from the very first, with absorbing dialogue and first-rate scene-setting .... you can't help but feel as if she, herself, sat in the cockpit and experienced them first-hand in order to relay them in such a believable way to the reader.”

“This along with the ability to charge the reader to look into themselves in regards to their own moral fibre, bringing up such questions as – when faced with racial injustice, will you stand up to the wrongness of this vice? When faced with life or death, will you show your courageous strength or cower ignobly? Will you stick by someone, showing the truest depths of love and loyalty, even when faced with possible tragedy…? All these, this book tackles in a very authentic way, wrapping the theme in a lovely heart-warming love story.” The Historical Fiction Company (Read the full review at: https://www.thehistoricalfictioncompany.com/post/a-tribute-to-daring-wwii-pilots-an-editorial-review-of-moral-fibre)

“The narrative follows both characters as they deal with the world of England in the final years of the war, not just professionally, but personally. … The two narrative strands beautifully balance each other up to the book’s climax. A richly textured, absorbing war tale that works equally well as a touching love story.” Kirkus Reviews (Read full review here.)

"The style of the narrative beautifully combines ... the fear and courage of the airmen with the fortitude, dedication, and love of those left behind to create a story that is so much more than a straight war story. The thoughtful conversations between the members of Kit’s crew and between Georgina’s minister father and Kit were very much a highlight of the story from my perspective. ... I loved this book and place it extremely high on the list of books I have read this year. I can highly recommend this read." Grant Leishman for Readers' Favorite (Read full review here.)

"[Moral Fibre] takes the reader into the English psyche of [WWII], tapping the depths of human emotions, holding them up to the light, and revealing their concomitant beauty and ugliness in times of fear and crises. Before the war is over for Kit, he finds his inner strength, finds love, and learns the true meaning of sacrifice.

Meticulously researched and skillfully written, Schrader's Moral Fibre steps off the pages and comes to life. Her nuanced characters and authentic dialogue also provide a glimpse of Britain's stratified class-conscious culture during the WWII era.

Schrader picks a critical period during WWII for the setting and, in so doing, educates today's readers about the horrors of a war that was and what it takes to save a nation—and perhaps the free world.... A riveting read and highly recommended!” – Chanticleer Reviews

"With superb plotting, Schrader focuses on Kit’s character development. Schrader initially depicts Kit as a traumatized veteran, driven to rejoin the RAF out of guilt for his skipper’s death. As Kit processes this trauma, readers watch his confidence as a bomber squadron pilot and his devotion to Georgina grow. Meanwhile, Schrader weaves in subplots concerning Georgina, his extended family (of both African and British descent), and fellow crew members. ... Readers will find themselves engaged in the complexities, not only of Kit, but of the men in his bomber crew. ... The story is well-grounded in historical research and buttressed by Schrader’s re-creation of actual battles, as well as a Historical Note and Glossary of RAF Terminology at novel’s end. In all, this is an absorbing work sure to interest not only WWII buffs but anyone who enjoys historical fiction." Blue Ink Starred Review (Read full review here.)

"The story moves from the high drama of aerial combat, complicated assignments to dangerous missions, and evolving professional relationships, to the equally high drama of falling in love, family entanglements, and a mysterious family history. We follow the wartime lives and experiences – and growth – of both Kit and Georgina as they inexorably merge. The action is constant, the tension palpable, and the outcomes never predictable.

... Moral Fibre is brilliantly crafted in its delicate treatment of an evolving relationship, based first on tragedy for both Kit and Georgina, and then on the complexities of relationships within their individual careers, one military and regimented, the other becoming a teacher, and the clashes with staid tradition and prejudices. How they each evolve is the meat of Schrader's magic. The relationship and romance scenarios are poignant and human, contrasted with the battle scenes and flying sequences which are accurate and detailed.

... As a reviewer, I was more than normally drawn to this work ... because I am a Veteran of the US Air Force, a flight crewman from a bygone era of radial engines and open hatches with the scratchy intercoms and the smell of exhaust and sweat. ... I am totally invested in her elegant work with Moral Fibre and thankful to be able to say here that my recommendations come no higher than the highest I know how to offer. Tom Gauthier for Readers' Favorite. (Read full review here.)

"Helena P. Schrader’s rich historical novel Moral Fibre follows a World War II bomber pilot, and those he cares about, as they find purpose, courage, and love. ... People counter these cruelties with faith. Even Georgina’s father questions how a person can believe in God when evil is present in the world, with his daughter drawing a connection to the suffering on the cross, which precedes the joy of resurrection, to suggest that suffering on Earth often precedes eventual victories. Questions of what ethical warfare ought to look like are also raised." Clarion Reivew (Read full review here.)

“From traumatic experiences to the story of healing, the book also discusses accounts of racism, [and women’s] liberation and feminism… [which] showcase how brilliant Schrader’s writing is. … There’s more to this book than stories of historical accounts of the RAF (Royal Air Force) and Moran’s journey. For those who wish to explore different worlds, learn new things, and reflect on their life decisions, this book is a great choice.” The Moving Words 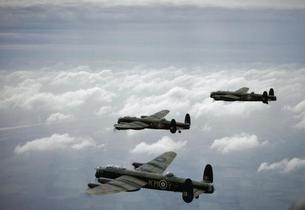 They took the war to Hitler. 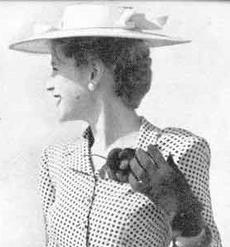 Their chances of survival were less than fifty percent.

Their average age was 21. 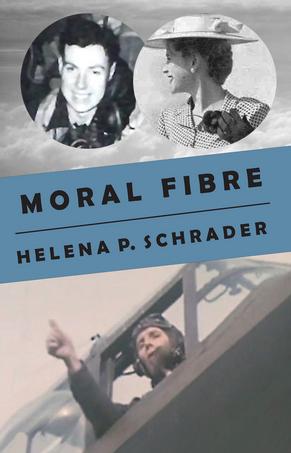 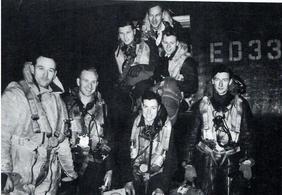